Netflix has released a lot of comic book series with increased frequency recently. Titles such as The legacy of Jupiter, Locke and Key, and Umbrella Academy are now available, and the streamer is about to drop Sweet tooth, an adaptation of DC comics by Jeff Lemire, in just a few days.

The story centers on a young human / deer hybrid and his gruff protector on a quest for his mother in a post-apocalyptic world filled with poachers and many other dangers. We had the opportunity to speak with the young actor who plays the titular hybrid, Christian Convery, and we learned some really interesting facts behind the scenes.

Christian told us about the process of molding a skullcap to fit his face, his comic book research, how he connected with his off-set film mates, and much more. We’ve included a clip of our exclusive conversation with the actor below, with the full audio interview at the bottom.

Literary Joe: Did you research any deer or deer-like animals before playing Gus, or were you more focused on the fictional hybrid approach and how it works?

Christian Convery: As soon as I got the role of Sweet Tooth, I went straight to the computer and started researching how deer move, react, act, their senses, how they feel in certain situations. And I watched videos of their behavior and what their different body parts are doing. And I found a cool fact that deer shed their antlers every spring, which is really cool. And playing a sweet tooth was like my very first experience playing such a unique role. And it really was a whole new kind of experience for me. And I really loved doing that and meeting Nonso, of course, because he has so much experience and talent in acting. And I learned so much from him.

Literary Joe: Did you actually have prosthetics on you when you filmed so you knew where the antlers and the ears are, or was that something that was added in post-production?

Christian Convery: When I flew to LA before we started filming, I did a casting. So this is where they put thousands of layers of paste and glue on you. And you was under that for about an hour, and you went up through little pinholes. They get the outline of my head so they can build a skullcap for me, which then goes over my head, and there’s these two little magnetic bits where the antlers can come and go, so he can just put them on and take them out. . And I really loved how funny that aspect was, but there were some issues like when you were running and then you walked into a door frame or something and then it falls down, and you have to come back in. back and grab it, or like the race scene and fall. But also, the ears are really tricky to do. And they are mechanically controlled by the puppeteer, then the remote control sends a signal to a battery it’s normally on my back, sending a signal to my ears, and that’s how it works. And I really like the aspect of me and the puppeteer having to work together to twist my ears a certain way and really bring Sweet Tooth to life as a deer. 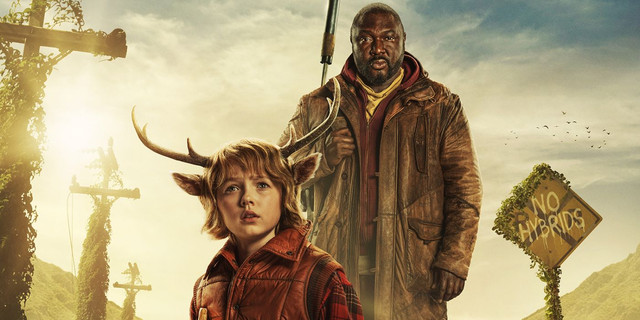 Literary Joe: Did you actually watch the comics, or did you focus on making your own iteration for the live performance?

Christian Convery: So before I got the role of Sweet Tooth, I never really liked the comics, and I never really liked them. And as soon as I got Sweet Tooth, I kept researching what it was, and noticed that there were comics. So I ordered them all, then reread them over and over again. Now I really love the comics and I love to read them. Yes, I really took a deep look at the aspects and characteristics of Gus, his emotions and his senses in the book. And the comic that was written in 2009, which is the year I was born, which is also long before COVID; just to clarify, it’s really dark, that’s what I would say. Definitely not family friendly, but I really like the way the scripts transcribe the movie while keeping all of the aspects, but making it more suitable for the whole family, obviously with parental guidance, which is what I really like. on the set of Sweet Tooth. 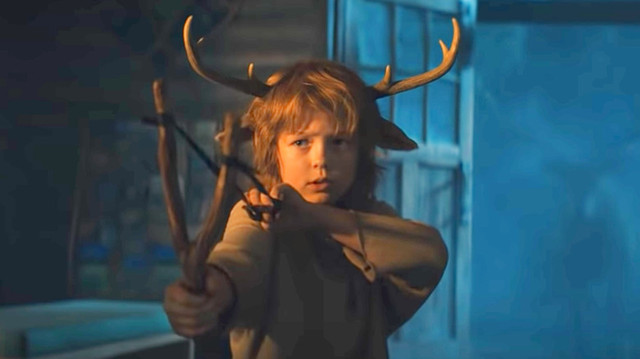 Literary Joe: Were there people in the cast that you spent some time behind the scenes with that you felt you had great chemistry with before filming?

Christian Convery: I hung out with pretty much everyone in the cast. My mom and I were like, “Hey, what can we do to bond and connect more with the other castmates you don’t work so much with.” And we decided to do things like pottery classes, where all of us, like pretty much everyone in the cast, would go to a pottery class together and we’d talk a lot, and we had dinner, and sometimes we’d give pottery classes. ‘art. And that’s how I really connected and got a lot of chemistry in the scenes with other cast mates as well.

To hear our full interviews with Sweet tooth actors Nonso Anozie and Christian Convery, as well as director Jim Mickle, writer Beth Schwartz and comic book creator Jeff Lemire, click the podcast players below. And as always, don’t forget to share your thoughts in the usual place!

This episode features the incredible behind-the-scenes talent that brought Netflix’s latest DC Comics adaptation, Sweet Tooth, to life. We chat with Jim Mickle, who directed the upcoming series, Beth Schwartz, who wrote the Netflix show, and the creator and writer of the DC Comic Sweet Tooth series on which the series of the same name is based. The team tells us about their animal research, time spent with Robert Downey Jr. and Susan Downey in their personal petting zoo, and the process of adapting pages to the screen.

What a wonderful and touching discussion. Anyone who wants to watch Netflix’s upcoming DC Comics adaptation Sweet Tooth when it launches on June 4 will want to hear what the stars have to say. We talk with lead actor Christian Convery, 11, about his starring role as the main character in Sweet Tooth and the research he did on deer to immerse himself in the scenes.

Nonso Anozie, best known for his portrayal of Xaro Xhoan Daxos in Game of Thrones and roles in Ender’s Game, Cinderella and RocknRolla also took part, talking about doing his own stunts after a six-month couch-surf pandemic. We also dug into the charismatic relationship between the two actors’ characters and what they do behind the scenes to help build that comfortable on-screen camaraderie on the show.